THANK YOU FOR SUBSCRIBING

The Closet CIOs Who Should Drive Digital and Data Transformations

In the 80s, the rage was all about information systems, which was not necessarily synonymous with Technology. Eventually, the ¨aha moments¨ that data comes from transactions, processes, systems, applications, and points of sales made the practice a Technology domain. Fast forward to the year 2018 and we are still in a confused state as to where the practice of data should lie. I believe it depends on the state of the respective industry and how evolved the C suite is. A CEO who understands and is evolved enough to recognize that data intelligence is a practice, a cultural DNA, a strategic strength/asset, and most of all, an efficiency propagator, will lay the burden on an independent player who is not the CTO but where the corporate strategy is driven. This may seem counter intuitive but quite instrumental in moving the company along. Similarly, a truly engaged CFO recognizes that managing data throughout the organization should be viewed not as a cost center but a strategic enabler. He or she should be a key acculturation agent. Any budget that does not show how an executive is organizing to be data intelligent within the governing philosophies should be a red flag to the CFO, CEO, and C suite. The type of industry normally drives the strategic value of digital intelligence.

The companies in industries that are not foundational digital, normally have data centrally managed in a Technology functional area led by a CTO or CIO. Here we have three traits of such leaders:-

1. Those who are focused on keeping the systems running so data is not viewed as strategic in contribution but as a necessary evil cost center. Companies like this will have many rogue data silos and as such are far from being data intelligent and optimizing their businesses at a higher level.

2. Those who see themselves as the corporate strategist and attempts to push a regime of data, software applications, and the new sexy buzzwords. Normally, if such an individual did not come from the core power center of the company, his/her credibility is shot and adoption fails. So, in such industries, there is a transition from the strategy champion to the functional leader. The need for a Chief Data Officer from the core who can work with the visionary CTO/CIO to evolve the company is the paradigm shift.

3. Those who are a combination of the two are politically savvy to manage costs but open the gateway for the power center leaders to drive the data strategy. The acceleration of adoption scales to unheard of levels in these legacy industries. This is where you find successful digital and technology transformations.

The blood of any successful digital or technology transformations is intelligent information that comes from transformed data, like successful military or diplomatic incursions. The biggest failure in these initiatives is the lack of appreciation for the data infrastructure foundations required to deliver high optimum returns. This brings me to misnamed functional areas called CRM, E-commerce, Data Science, and/or Business Intelligence which is where one tends to find the today´s data visionaries. These are practices that are data dependent and not necessarily departments. Until non-digital legacy industries start to appreciate this, their level of data intelligence and practice will be mediocre at best.

In the airline business, a legacy industry, we are blessed with access to data most will kill for. Let me give a simple example—a customer who buys on a branded app, checks in via the same app, and plays with the in-flight entertainment systems just gave a ton of behavioral and transactional intelligence. Unfortunately, the one-time transactional data is what airlines capture in general especially with respect to loyalty programs. In addition, using external data that can vet/improve the intelligence is mostly uncultivated in the industry. The booking platform in the app may be outsourced while the legacy checking platform may be a separate system. The data captures are silos and are frequently not integrated to the customer level. More egregious is the fact that some in-flight systems data capture is its own silo and for every flight, the behavioral data maybe lost and never mined from a customer standpoint.

How will this change if Wall Street is valuing/calling out the premiums of actively using data intelligence today or forcing the issue in the airline industry? In some airlines, technology is viewed as a cost center and data is an afterthought. Given the trend to be better retailers of the travel experience, airlines have some mountains to climb along the way but are heading in the right direction.

Irrespective of industry, any serious company´s strategy is to deliver a customer experience that works consistently as its brand proposition. This drives a preference which normally delivers a revenue premium. This means actionable intelligence to drive the corporate strategy, deliver the day to day customer experience promise, and innovate around the heartbeat of the said customer value proposition every second of the day. So I leave you with this question—how then is the data intelligence strategy not driven from and by the core strategic visionaries carrying the entire company along to deliver its brand promise? 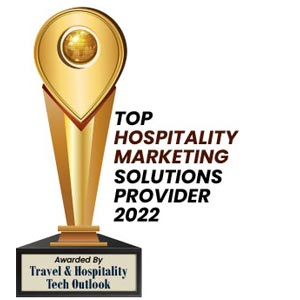 The Art of 'Hybrid' Restaurant Management

Security in the World of Casinos

Improving productivity and efficiency with cyber security on the front lines.

The Power of Influencer Marketing

Leon B. Denton, Director of Information Technology, The club at Admirals Cove

However, if you would like to share the information in this article, you may use the link below: